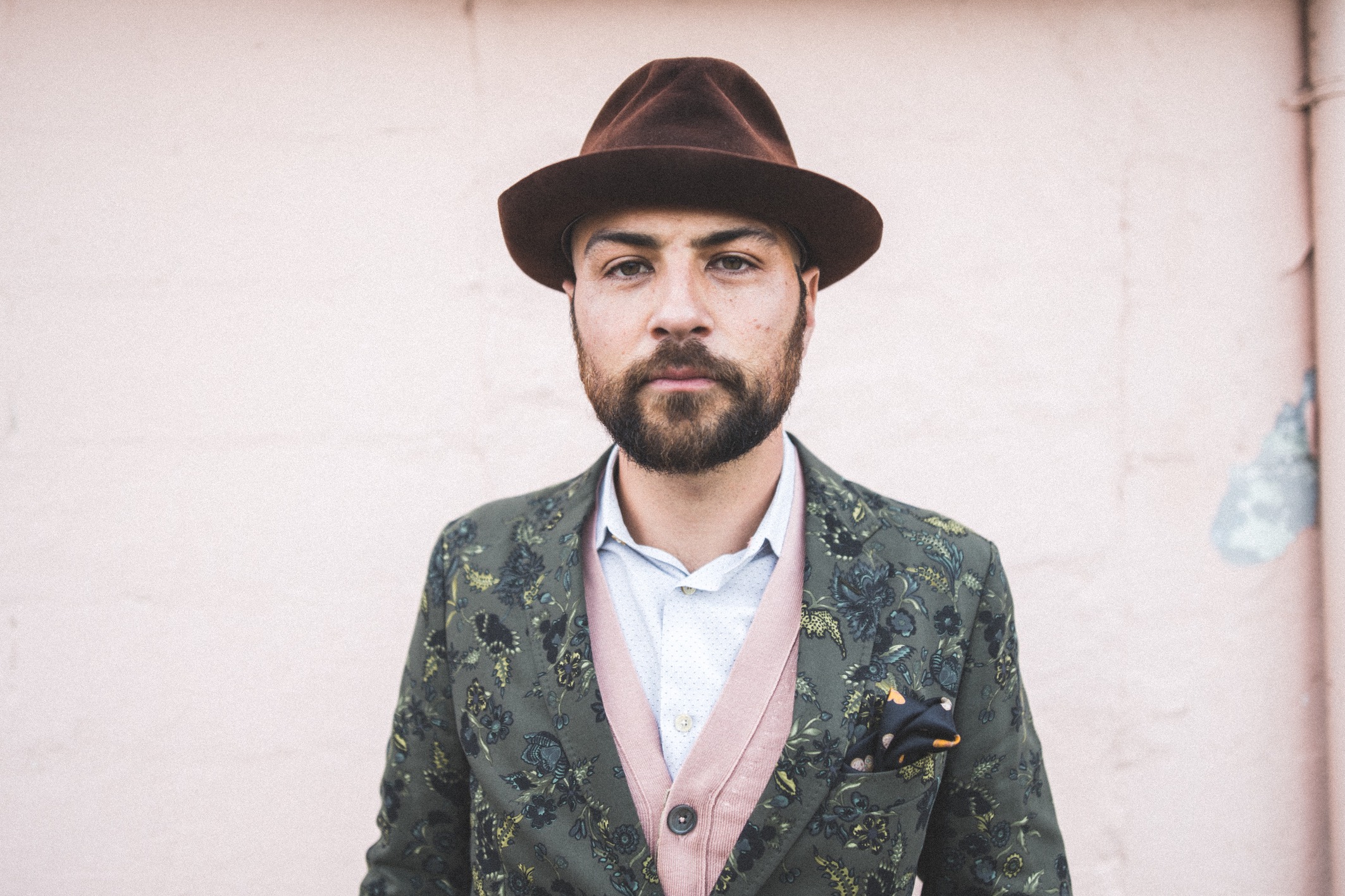 ‘Saudade’, the impressive debut album from Juni Ata is set for independent release on August 21st via Flying On Fire Records.

‘Saudade’ is a deeply emotional collection of 11 songs brimming with poetic lyrics, rich melodies and arrangements that are as lush and elevating at times as they are sparse and captivating elsewhere. The album serves as an introduction to an artist who has been writing songs for himself for years with no intention of ever recording or releasing them. Thanks to the provocation of a dear friend, and the unfortunate circumstances dictated by a global pandemic, the music of Juni Ata will finally see the light of day this summer, starting with the sweeping new track “Philadelphia”.

‘Saudade’(sow-da-day), a Portuguese word loosely translated as “a deep emotional state of nostalgic or profound melancholic longing”, is the work of singer, songwriter, multi-instrumentalist Jesse Daniel Edwards, who records under the moniker Juni Ata. Edwards was raised in a small mountain town in Southern California in a loving and deeply religious home, with minimal exposure to secular music. Edwards didn’t hear his first Dylan song until his early 20’s, yet music was all around the house. As he grew older, he performed in a duo with his brother both in clubs and busking, but that eventually ended followed by a stint in the Los Angeles area. Edwards decided to relocate to Nashville, where John Prine’s late manager Al Bunetta took him under his wing and became a friend and mentor before his untimely passing in 2015.

After losing his mother and a crushing breakup, Edwards’ drive was diminished, he also felt his music didn’t fit with current trends, so he pulled back and chose to only write for himself. With the change of direction, he joined up with his friend Jake Rosswog taking a job in tour management for Morrissey for some time as well as Lucinda Williams, while still furtively writing. He had no intention of ever recording or releasing the music he was creating.

Then, one night in 2018 after some drinking in West Virginia, Rosswog coaxed Edwards into a studio where he convinced him to record one of his songs, which sparked some momentum. Rosswog became both a creative and motivating force as producer, arranger and even co-writer on four tracks. He enlisted revered musicians such a Steve Cropper and recorded at the legendary RCA Studio C. The result was a set of mesmerizing, heartfelt songs with a decade of heartbreak and loss behind them featuring Edward’s aching vocals, stellar musicianship, lush horn and string arrangements, soaring background vocals. With no set plan to put them out into world, Rosswog and Edwards went back to their day jobs and regular lives. Then, a year later COVID-19 happened. The touring industry came to an indefinite halt, which got Rosswog’s wheels turning, which brings everything to the present and plans to finally release this music.

While it took something as extreme as the current global situation for Saudade to see the light of day, maybe this is the right time for Juni Ata. The album is the result of a cathartic process. The songs are spirited, full of love, loss, growth and the strength to move forward. Is there ever really a wrong time for that?