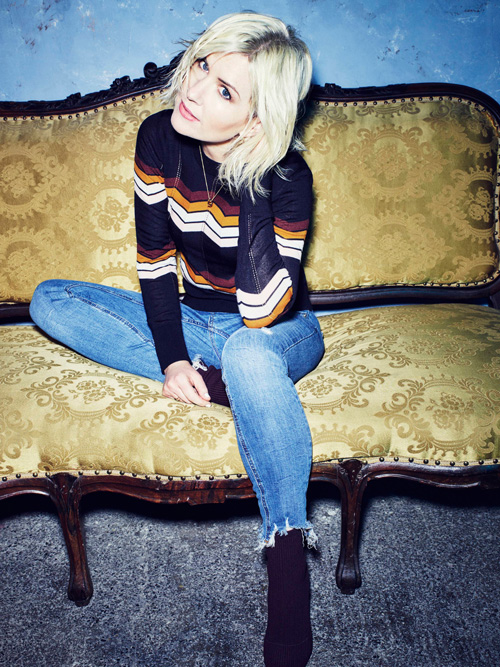 She was the girl who got away. But after five years of silence, Dido is back.

Dido Armstrong made two of the best-selling albums in British chart history. No Angel still remains the top-selling debut by a British female artist worldwide. The chilled out singer-songwriter notched up over forty million album sales across her career. “There wasn’t really an intention to walk away from music,” she insists. “I’m not a very intentional person. I’ve never been good at the big picture. I’m not good at next week, I’m not good at next year. But I’m brilliant at today! I know what I’m enjoying in the moment.”

Dido’s return has been as much of a surprise to her as it will be to her fans. “To be honest, this album was almost accidental. I woke up one morning and thought I just want to work with my brother, Rollo. It’s why I got into this in the first place. We’re great together, I enjoy the company and we are so in sync. And in between having a lovely time hanging out with his family and walking the dogs, talking about music and the world, this album just sort of happened.”

For a long time, Dido felt she had nothing more to add to her oeuvre. “What I write about are little moments of conflict, I think. There is always light and dark to it. But when you have a kid there is no conflict, you just love them and want to protect them and hang out with them. And I think that got in the way of writing for a while” Have To Say, though, almost spontaneously emerged from conflicted feelings, thinking about a time when her love for her child would mean one day in the future having to let them go.

Still On My Mind is only Dido’s fifth album in 20 years. And it is right up there with her best work. “I wanted to capture the feeling I still get from listening to music,” she explains. “Just that rush, like you just don’t need anything more than this. I’ve lived a life which is just music. I hear melodies in my head.  Music is comfort, it is excitement, it’s everything, and it is always there for me.”