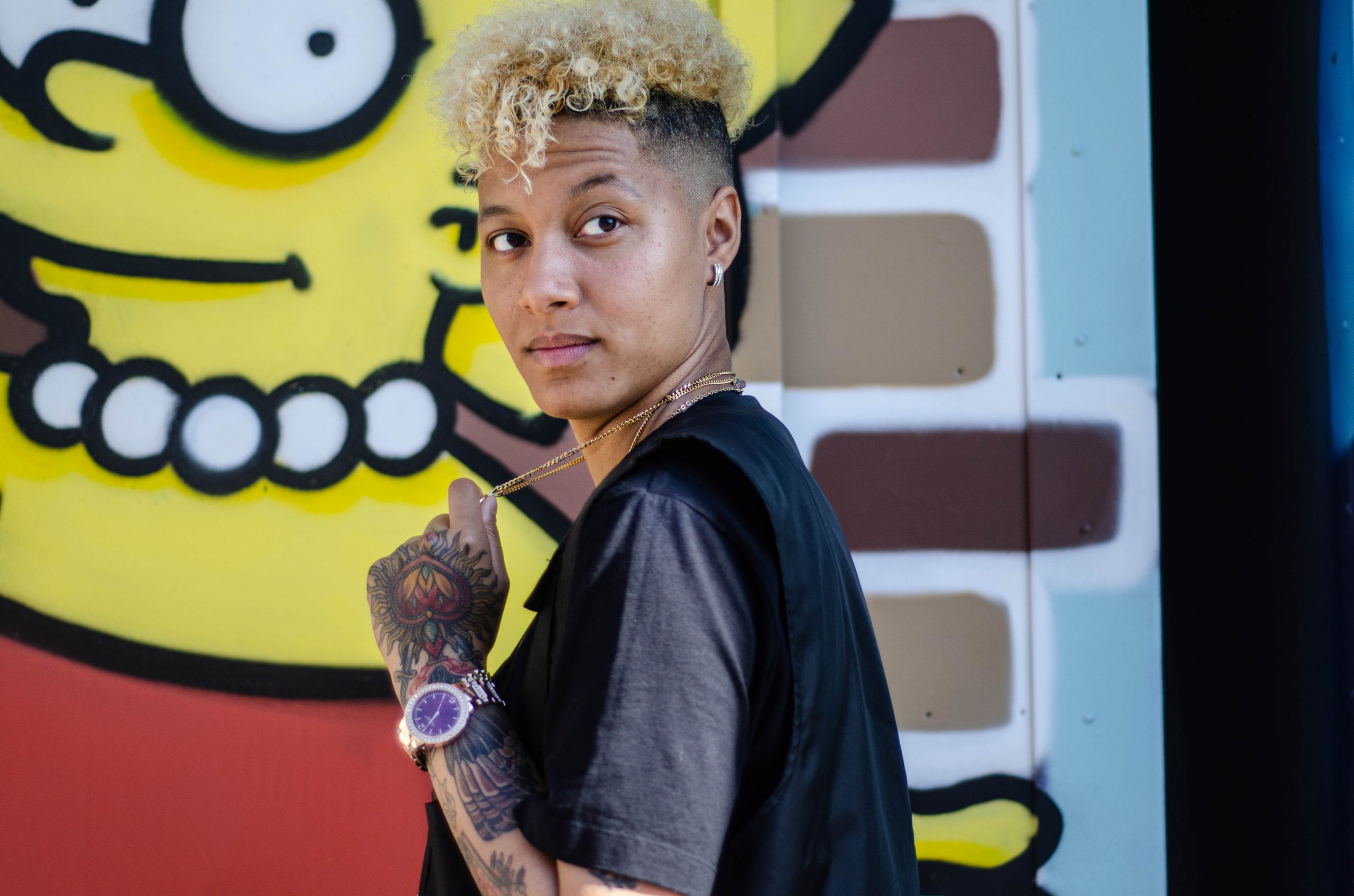 Rapping and performing since she was a teenager, 22 year-old Kay has gained a reputation in Newcastle as the hardest working artist there is. Her sound fuses the flair and style of modern hip-hop with the skill and sensibilities of the golden era, hitting with the vube of Lil Uzi Vert and the substance of Mos Def. Having already supported hip-hop legends like The Game, KRS One, DJ Yella and Akala, to name but a few, Kay continues to create her own legend.

Kay’s exuberant live performances, including one at The Royal Albert Hall for the MYF Youth Proms, another at BBC Introducing Live in London, a packed out performance at Hit The North music festival and a string of top-drawer singles earned her the award of Newcomer of the Year at the 2019 Journal Culture Awards.

Kay’s 2020 show-stifled lockdown has led to her writing and recording a catalogue of new tracks to release in 2021. Watch this space!