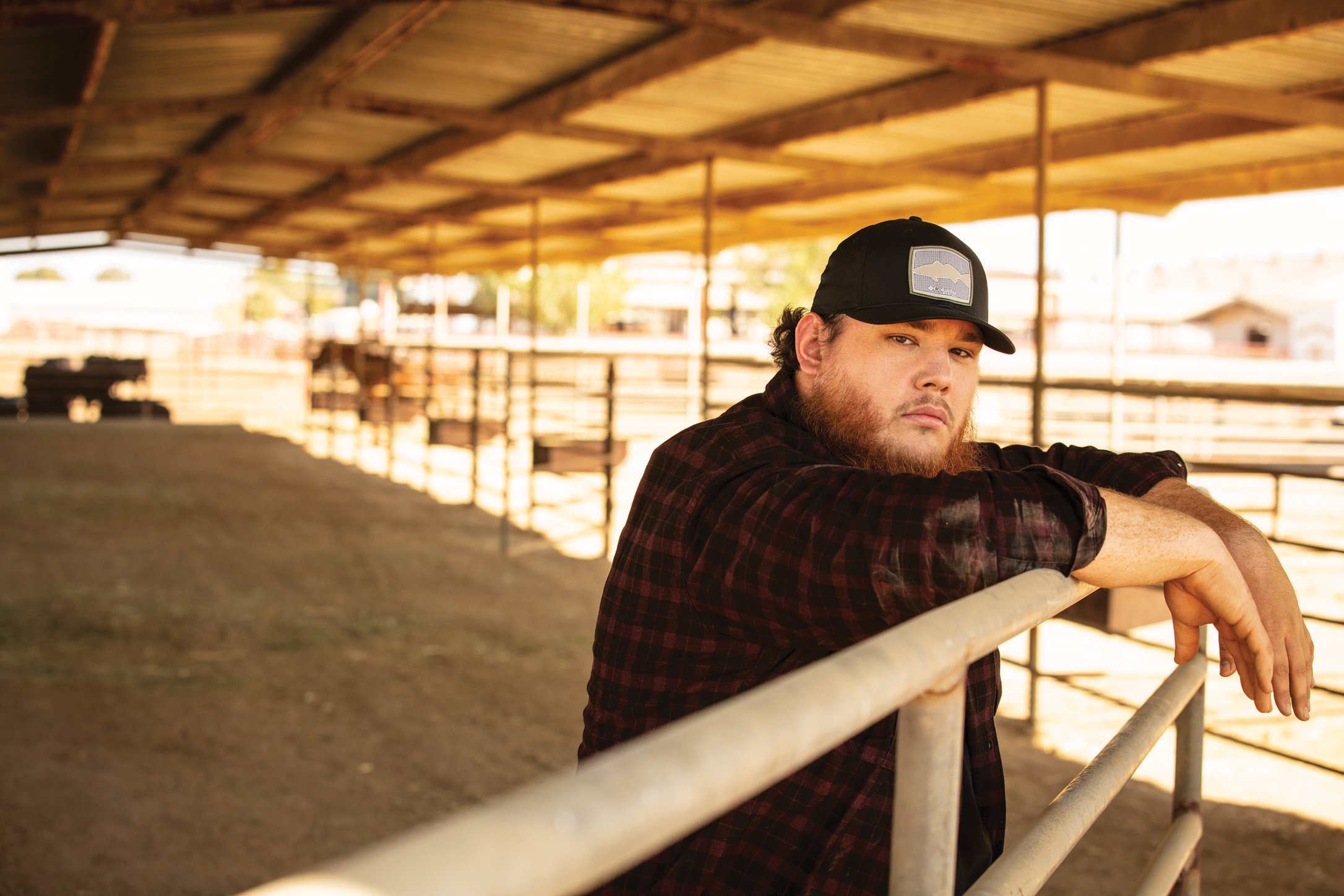 What you see with Luke Combs is an approachable North Carolina guy in a ball cap and jeans who’s admittedly not that different from his high school days.

What you get, however, is an arena headliner, a Grand Ole Opry member, a Grammy nominee for Best New Artist, and the only country singer in history to reach No. 1 with his first six singles.

Although Combs’ everyman appeal is key to his success, the title track underscores the fact that his life is full of contradictions.

Yet there is no mistaking Luke Combs when you hear that voice. Due to the popularity of his multi-Platinum first album, This One’s For You, Combs toured the globe twice. He spent more weeks at No. 1 on Billboard’s country rankings with that album (and its deluxe edition) than any other male artist in history. Leading up to the release of What You See Is What You Get, he topped the country countdowns with “Hurricane,” “When It Rains It Pours,” “One Number Away,” “She Got the Best of Me,” “Beautiful Crazy,” and “Beer Never Broke My Heart.”

With a clear understanding of what fans expect to hear from him, What You See Is What You Get is poised to carry on that momentum. A versatile songwriter, Combs can reflect on his best buddies in “Blue Collar Boys,” or his worst breakups in “Reasons.” And for every introspective ballad like “Dear Today” or “Better Together,” there’s a feel-good anthem along the lines of “Angels Workin’ Overtime” or “Every Little Bit Helps.”

Eric Church, one of Combs’ musical heroes, appears on “Does to Me,” an inspiration centerpiece of the album. What You See Is What You Get also features the entirety of 2019’s The Prequel EP, where he first included “Beer Never Broke My Heart,” a hit that also served as the name of his tour. He partnered with country icons Brooks & Dunn for another party tune, “1, 2 Many.”

“First off, it’s just fun to write drinking songs. Everybody that writes them is having a good time,” he says. “My thing is, what are we doing at the show? Drinking beer. So let’s just write songs about drinking beer.”

“The first record sonically, you go from this ’90s country thing to a broken-down ‘I Got Away with You’ thing, to ‘One Number Away,’ which was kind of a left-field thing. This album isn’t much of a departure from that,” he says. “It just takes one step more traditional, one step more broken-down, and one step more a little different. With my favorite artists — no matter if it’s their fifth album or their seventh album — there’s something on there that reminds me of the first one.”

Working again with producer Scott Moffatt, Combs holds steady on the sound that established him – a blend of modern country music with a throwback vibe to the ‘90s country of his childhood. Born in 1990, he grew up an only child in Asheville, North Carolina, to blue-collar parents who tried to encourage his raw musical talent.

In seventh grade, his parents bought him an Alvarez guitar, but Combs stashed it in the closet after a couple of miserable lessons. But because his school required each student to spend two weeks on every elective course, Combs stumbled into a chorus class. When his teacher saw Combs’ enthusiasm for being chosen as a soloist, she remarked, “Here we go, we created a monster.”

Validated as a vocalist for the first time, Combs kept singing throughout high school. When his classmates performed at Carnegie Hall with other choruses from across the country, Combs was again selected for the solo. In college, he played rugby and continued singing in various ensembles, but it was an Eric Church CD that turned the tide. Responding viscerally to Church’s songwriting and musical direction, Combs finally found his calling. At 21, he retrieved that dusty guitar, taught himself to play using online guitar tabs, and moved to Nashville in 2014 without finishing college.

After years of amassing an audience through booking his own shows and cultivating a social media following, he was spotted by his future manager at a club in Georgia. They struck a deal with a brand new indie label to release “Hurricane” to country radio. With a fast-rising hit and a fan base already in place, he signed with Columbia Nashville/River House Artists in 2016.

Today, Combs insists that he owes everything to his fans. “I know you can’t please everybody, but I’m not trying to please everybody. I’m trying to please all my fans,” he says. “That’s what I genuinely care about. I’ve always had this thing where I don’t need people to like me, but I’ve always wanted people to like me. I always want to be the best dude and I want to do what’s right for everybody. I want people to know that I’m still the same good dude that I was when I started.”