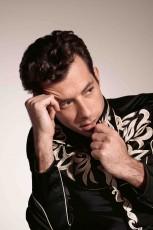 Mark Ronson is the Grammy-winning, go-to producer who has worked with iconic artists such as Amy Winehouse, Paul McCartney, Lady Gaga, Adele, Lorde, and so many more.

In this year alone, Mark Ronson has worked on a handful of hit releases. He co-wrote the #1 song “Shallow” performed by frequent collaborator Lady Gaga and Bradley Cooper, featured in Cooper’s directorial debut A Star Is Born. Ronson, as a member of supergroup Silk City with Diplo, released “Electricity” with Dua Lipa, a Top 5 single on the UK charts and nearing Gold sales status in the U.S.