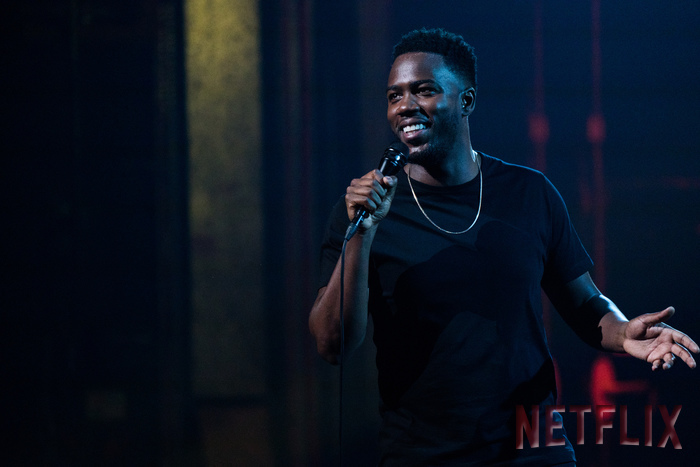 With his high-energy style and stunning physicality, Mo is one of the UK’s fastest rising comedians with an online reach running into multiple millions. His sketches regularly go viral, trend and are co-signed by some of the most famous names in international music including Drake and Stormzy. He has already made huge appearances on The Russell Howard Hour (Sky One), The Chris Ramsay Show, Live from the Comedy Store and Rob Delaney’s Stand Up Central (Comedy Central) and this summer will Co Host The Big Narstie Show for Channel 4. He is also currently filming his own big comedy entertainment pilot Mo’s Town for the channel.

Mo’s must see show has garnered rave reviews and sold out audiences across the country with fans and critics alike unanimous in their praise:

“Such skill, such charisma, such promise… A genuine star in the making” The Times

“This show showcases an act with formidable character-comedy chops and a lovely ease and confidence.” The Guardian